Half a year.  Six months.  186 days.  Regardless of how you want to define it, this trip has now gone on longer than I ever expected it to.  Along the way there have been a number of ridiculous (and potentially previously unmentioned) stories.  Today seems like a great day to make a summary of the last 186 days and share some details of the stories that have previously remained secret.  Perhaps “summary” isn’t the best way to describe this – there are a lot of pictures, some old stories, some new stories, and then more pictures.

Over the last six months I’ve tried to chronicle all of the highlights and lowlights of the places I’ve visited.  If I had to boil all of my experiences down to bullet points, the list below is what would be left:

Having my mind blown by the flow of traffic in Hanoi

Ending Vietnam with a night of terribly amazing Karaoke debauchery

Gathering video along the way

Discovering that Cambodia has beaches…and that they are awesome 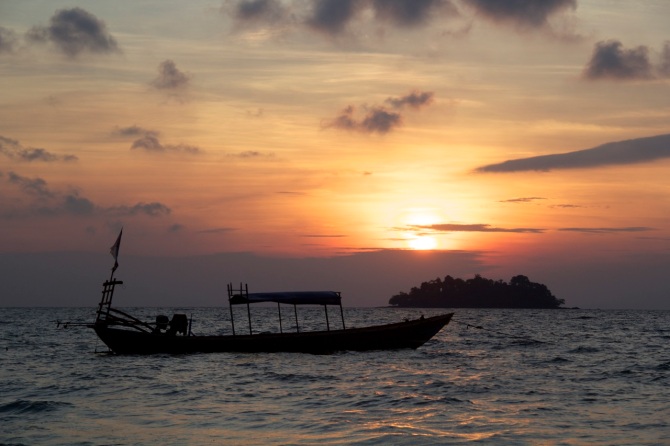 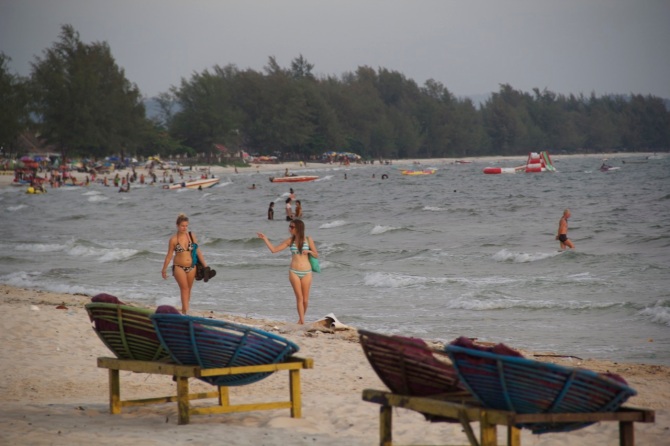 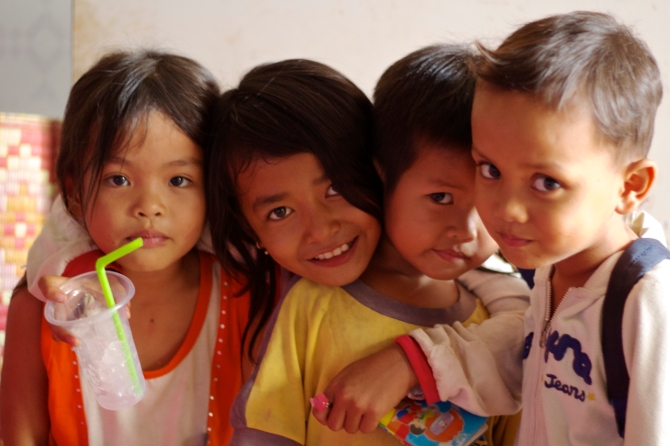 Falling in love with everything from Thailand.  The mountains, parties, and the islands. 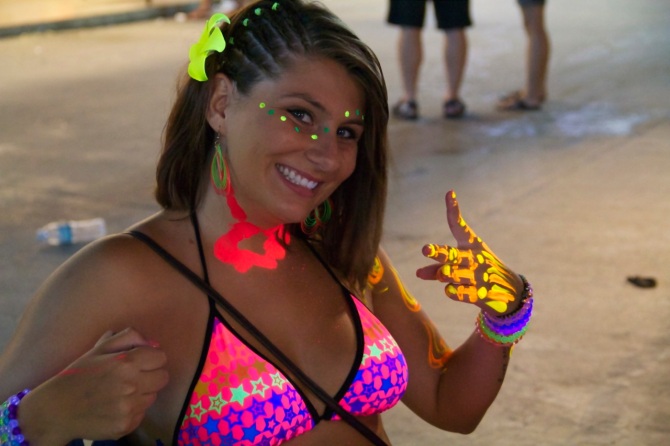 Top of the island from one of the peaks. You basically have to ride a motorcycle straight up to get here.

Being blown away with the variety of landscapes in Malaysia 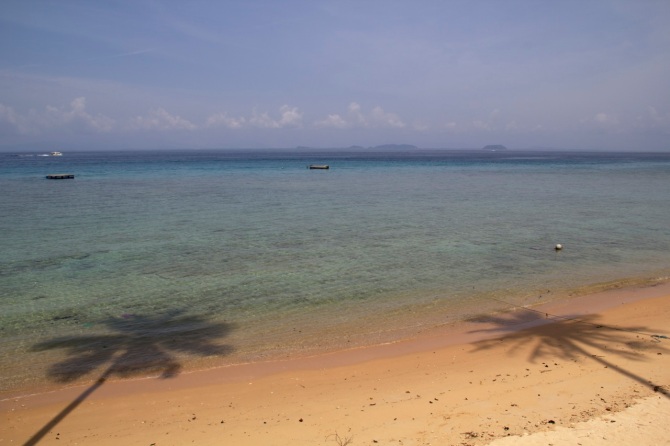 Nobody in a right state of mind should ever get tired of this…nobody has ever accused me of such things. 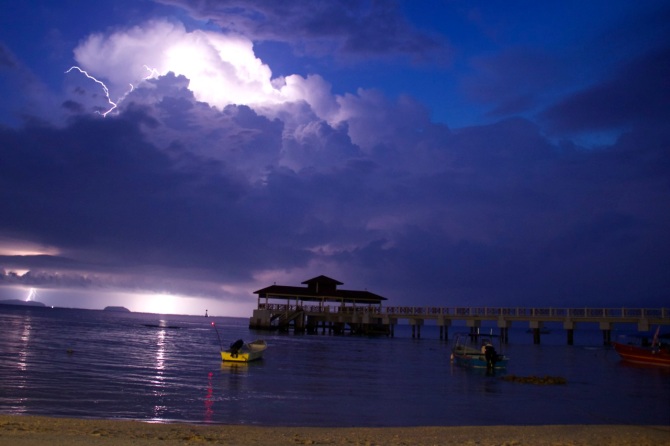 Unfortunately on this night these clouds came in and ruined the sunset.

Skipping my flight to Bali and spending my birthday in Singapore 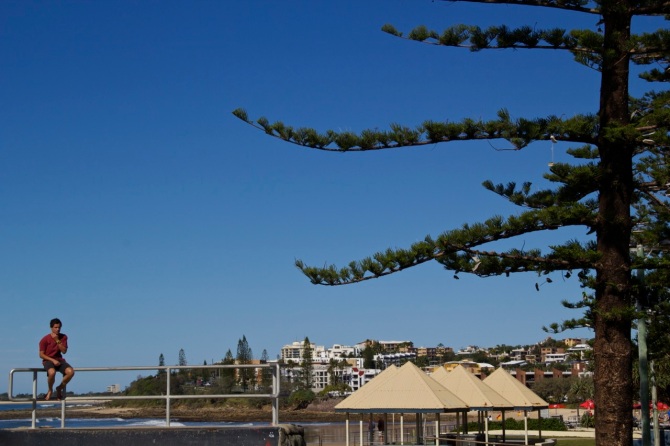 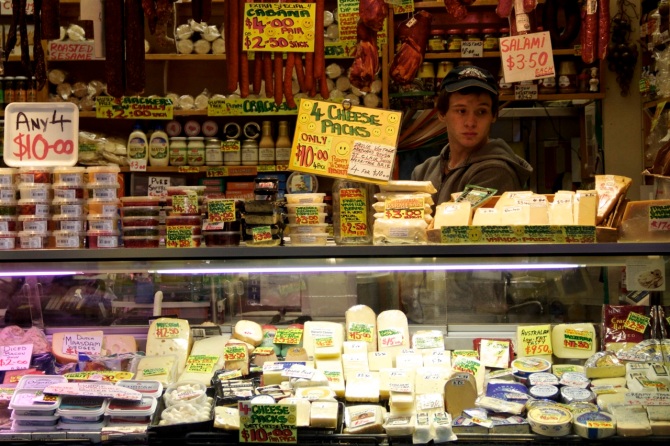 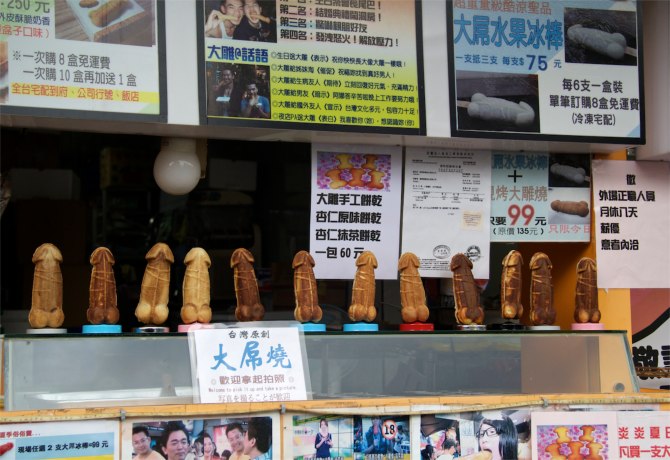 All of the stories above are things that I’ve written about in detail, talked about on Facebook, and would have no problem discussing in the middle of a public place with small children around.  The stories below…not so much.  Although some of these stories will never be detailed in full (like others that won’t even get a mention in the following list), some will make for great stories over a series of drinks with various people when I return to the USA.

I’ve previously mentioned that I spent a night in Australia DJ-ing for a couple having sex in the bunk below mine.  This wasn’t the first time that I had run into one of the obvious drawbacks of dorm life.  I ran into similar situations on Koh Tao, in Kuala Lumpur (The Reggae Mansion has paper thin walls), and at one other hostel in Australia.  I didn’t have this problem in Vietnam and Cambodia because for $10 a night you could have a private room with a kingsize bed…and why not at those prices?

The Taipei Ice Cream Massacre: A few weekends ago I went out to an all you can eat “Hot-Pot” style dinner with a friend and her old co-workers.  For two hours we could have all of the meat (thin slices that looked like they came from a deli machine) and ‘other stuff’ (mainly fish, animals of the sea, parts of animals of the sea, and things that would live around animals of the sea).  Since the hot-pots were shared, the basins of previously unspoiled spicy sauces were immediately ruined by shrimp, fish parts, vegetables, and dead animals living in shells.  Needless to say, I was quite disappointed that “all the meat you can eat for two hours” turned into “all the meat that’s been ruined…for two hours.”  Fortunately for me the hot-pot place had a desert bar…with chocolate Haagen-Dazs ice-cream.  Although it was, without a doubt, the most unhealthy thing I could have possibly done to myself in the entire 6 months of traveling, I ended up eating 14 scoops of chocolate ice cream.  To further elaborate on how ironic this was, just hours earlier in the middle of the day I was asking an old friend if salted or sugar-coated cashews were a better choice for an after run snack – since ‘neither’ isn’t an option in Taiwan.

Dong Men:  Over the course of six weeks in Taipei I’ve stayed at two different hostels and in two different apartments.  One of these apartments was a rooftop apartment that I found out about from a friend.  I stayed for three nights…  One thing worth noting is that in Taiwan a “rooftop” apartment is one that is illegally built on the roof of an apartment complex after construction is complete.  As a result, certain amenities that one would expect in an apartment may not be a given.  Oh, and the apartment was on the Dong Men MRT stop…and even at 29 I still find that funny.

During one very hot afternoon in Bangkok I decided that I needed an ice cold beer.  By the time I left the bar I was at a table with an American guy from Alabama (he sounded every bit like it too), other people from around the world, and a half dozen Thai prostitutes who were offering everyone around their services.  One of them bought and fed me a scorpion from one of the various Khao San Road scorpion vendors.

For about three weeks I was traveling on-and-off with someone I randomly met on the road.  We got along, but didn’t entirely get along.  It’s entirely possible that I ditched that person with a Facebook message about an hour before I hopped into a minivan and drove off to catch a train 12 hours away…  From what I’ve been told – everything worked out in the end.

I’ve clogged a toilet in 6 different countries.  Most of my immediate and extended family will be proud of me for this. 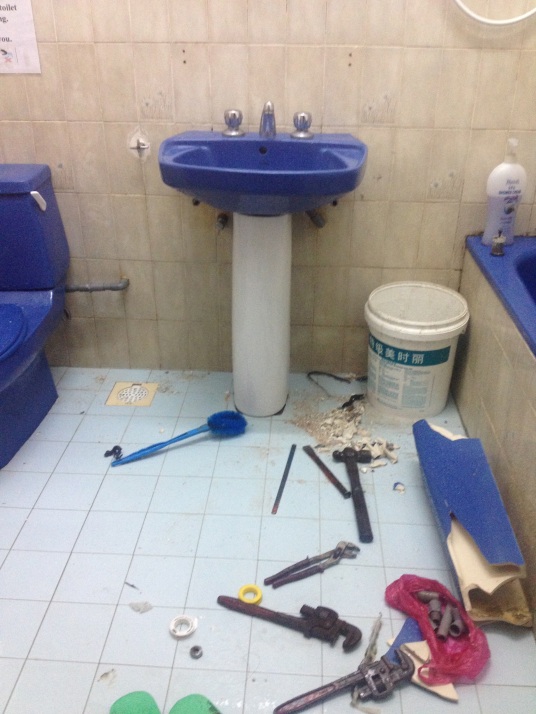 During one island adventure, I woke up each morning to poop in the ocean because I ran out of TP and it seemed like the only logical way to not need to wipe.

It’s really really hot at Angkor Wat.  So hot that you’ll want to carry at least a liter of water with you when you go.  By 10am it will be close to 100 degrees and you’ll be covered in your own sweat.  Eventually you’ll need a bathroom with all of the hydrating you’ll be doing…  I peed on a tree that was possibly over 1000 years old at Angkor Wat because there was no bathroom around. 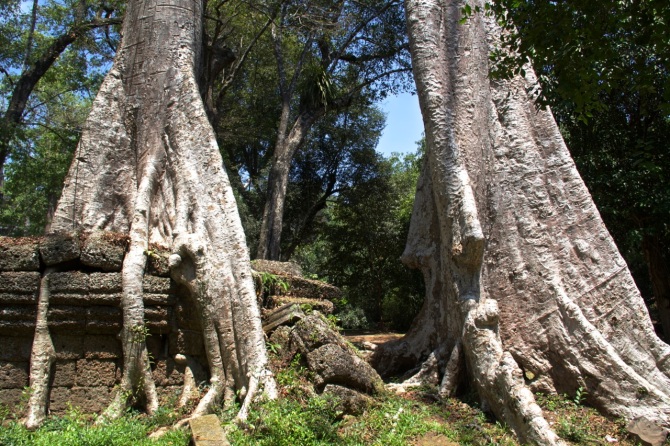 Three times a week there is a pub crawl on Koh Tao.  After getting back from a day of diving and a few post-dive beers, a group of us decided to participate.  To encourage social interaction amongst the guests, the people working the pub crawl will write your name on your arm when you come into the first bar.  For an entire night I had the name “Tits McGee” written on my arm. 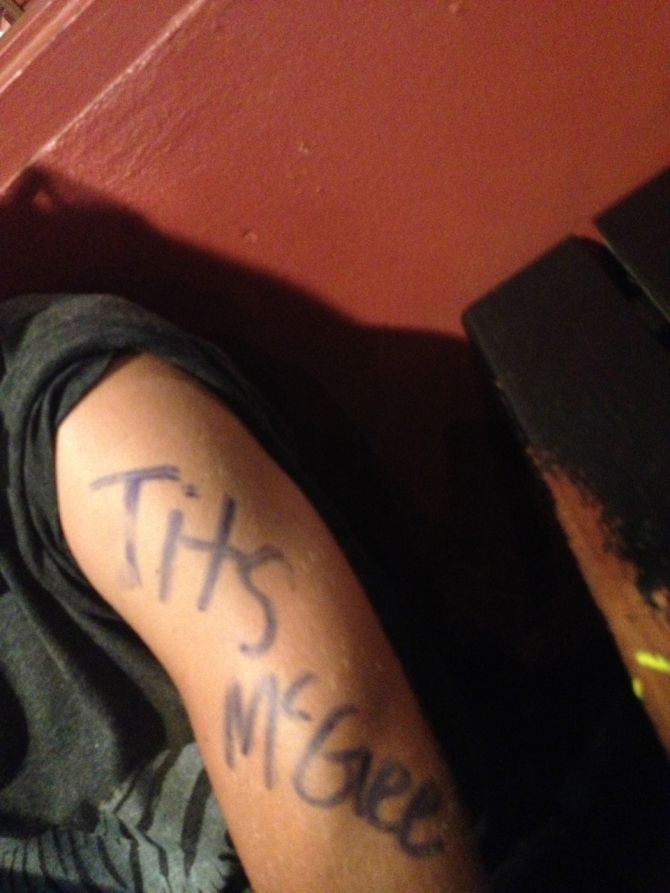 A few years ago I was in New Orleans for a bachelor party.  One of the bars we stopped at was the  “Pirates Alley Cafe,” and while we were there we drank with a pirate costumed busker who eventually stole a pack of cigarettes from our group before we ran him off.  Fast forward a few years and I’m in New Orleans to start this trip…and we ran into Duffy the Pirate again at the same bar.  Once again I discovered that Duffy is a thieving pirate (although I suppose this shouldn’t be a surprise), a drunk (again, why am I surprised?), and an asshole for reasons that won’t be mentioned.  This is Duffy.  You shouldn’t buy him a drink – he doesn’t need it.

Visiting the Cameron Highlands and seeing all of the tea plantations made me feel bad about the fact that I skipped so many of the rice fields in Vietnam.  I’d go back to Vietnam in a heartbeat and plan a trip a few weeks before rice harvesting season.

Initially in Cambodia I was really bothered by how frequently children and other people were allowed to walk around all of the ‘tourist’ places and beg for money and ask if I’d buy random trinkets for $1.  Now when I look back at all of my pictures and really think about how poor the country is  …I feel like a complete jerk.

Since discovering that Amazon wouldn’t let me get a “US-Based” deal on four Game of Thrones eBooks while I was in Thailand, I haven’t paid for a single eBook I’ve read on my Kindle.  In fact, I’ve pirated well over 150 different books since that day in Thailand.

Lastly – photos.  I’ve taken… THOUSANDS.  I’ll be going through them all and finding hidden gems for at least a month after I finish this trip.  I’ve added a few to the mix below.  None of them are outstanding in any way, but each tells a story or adds a human or cultural flavor that I haven’t previously included throughout these posts. 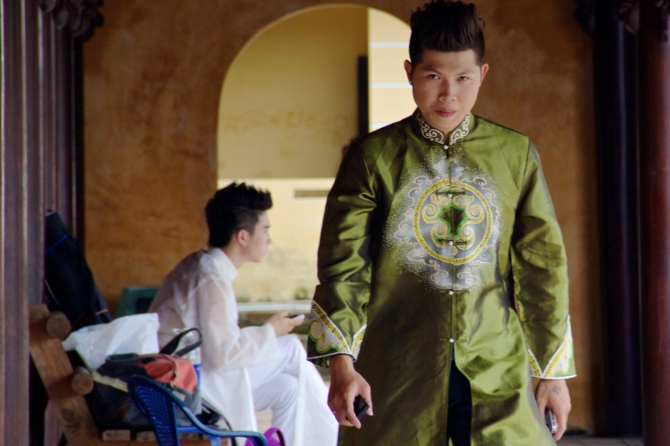 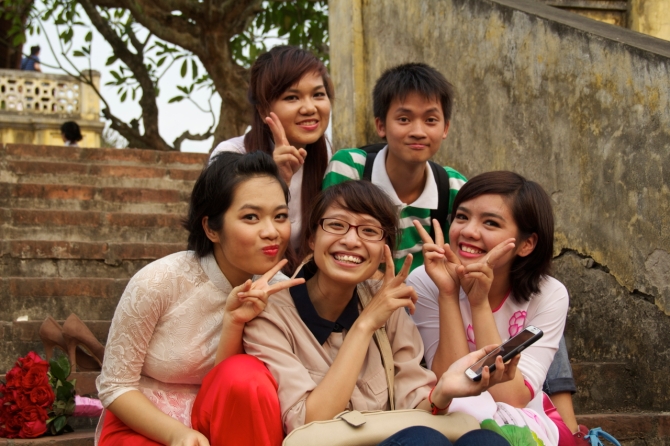 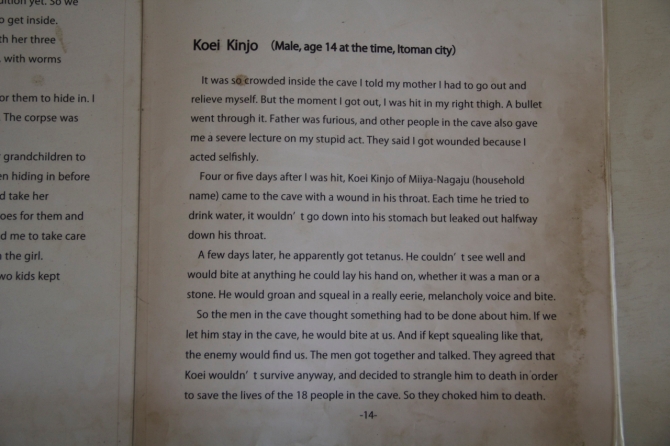 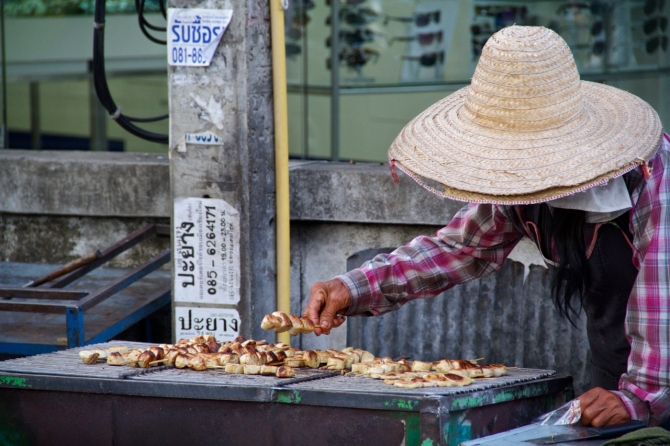 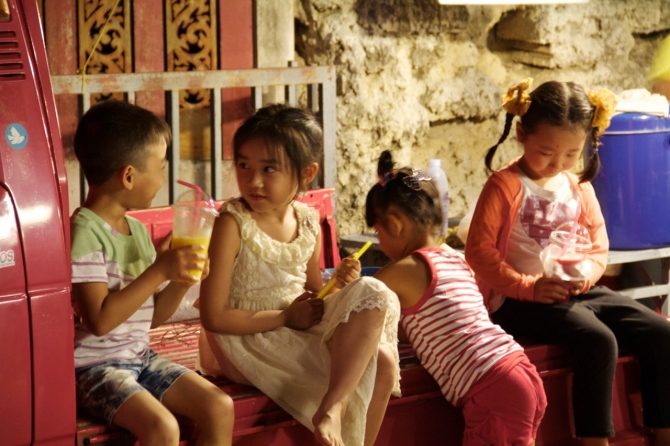 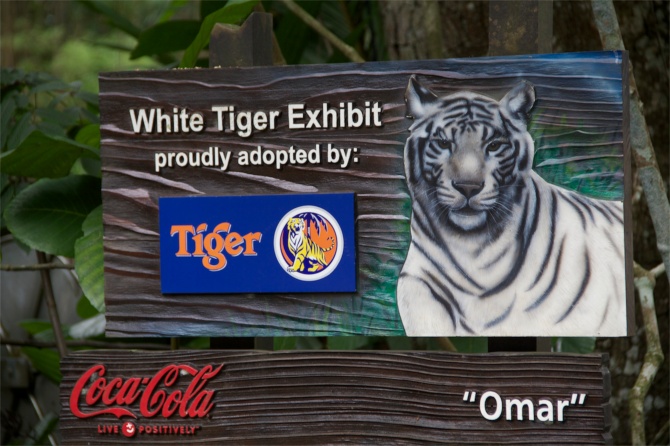 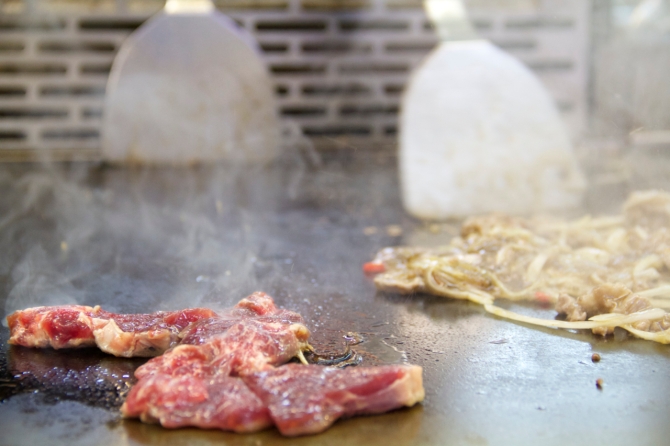 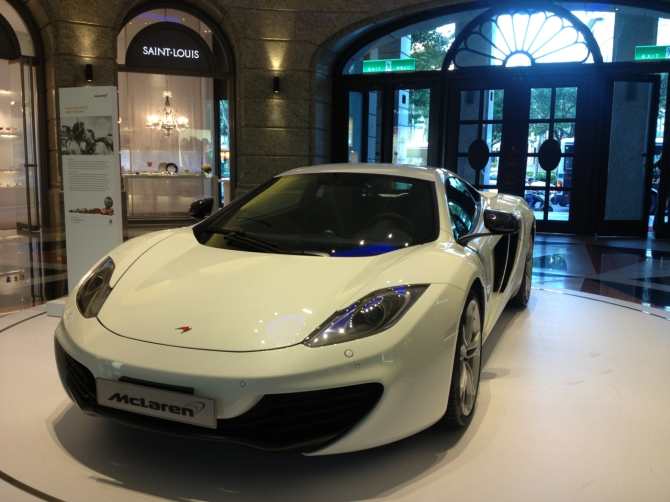 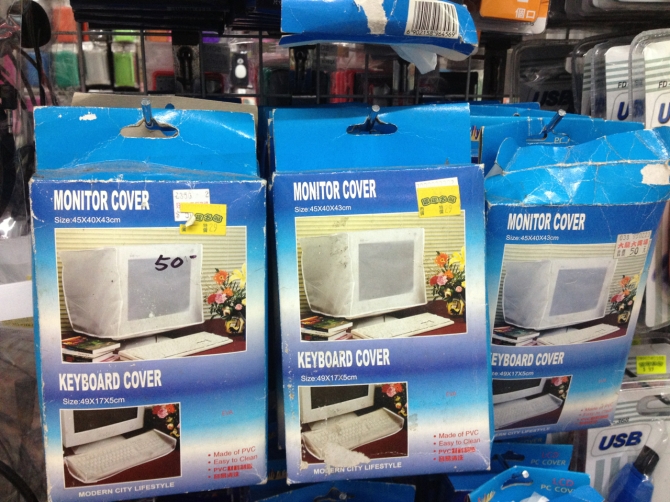 3 thoughts on “6 Months Later: Unexpected Stories From 186 Days of Travel”