Today I learned: George Town, the capital city of the state of Penang is located on the island of Penang, which is due east of Butterworth, was named after Brittan’s King George III.

The following is a collection of random thoughts, stories, and events from my time here in George Town and Malaysia (so far).

George Town is an old colonial city that now looks and feels like a new combination of French, English, and Asian architecture.  At points I thought I was lost in New Orleans.  There are churches, old English historical sites, a giant mall, and enough back-alley paths to get lost for hours. 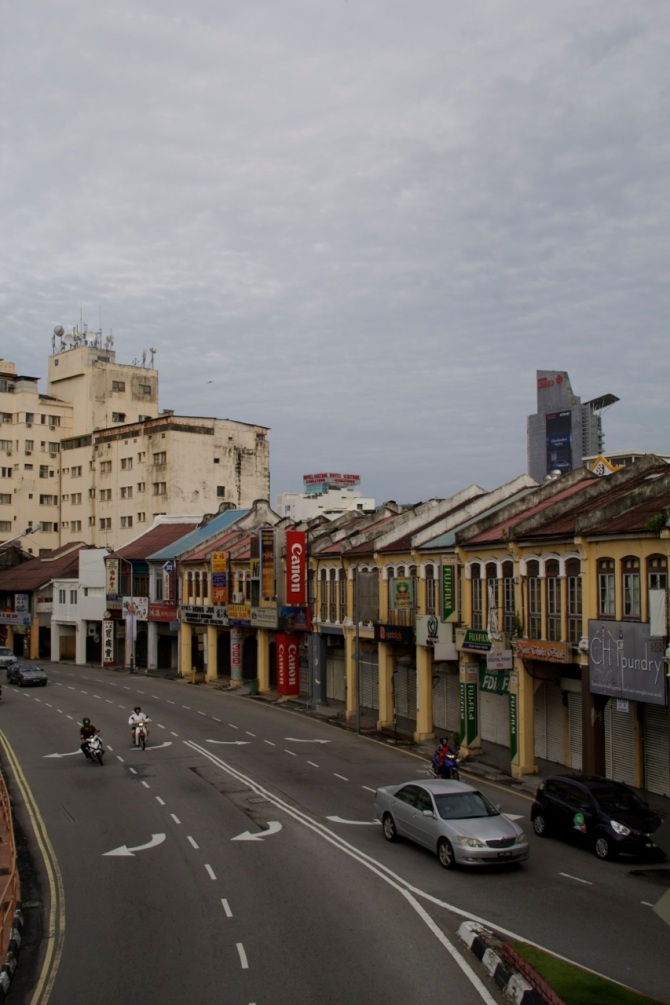 Malaysia is an Islamic country.  As you can see below, 60% of the country self-identifies with Islam and the other 40% are a hodge-podge of other religions.

First, there are mosques all over the city.  There’s also one right behind my hostel.  As soon as the sun comes up (and when it goes down – aka my nap time) they say prayers over a loudspeaker for all of the area to hear.  The first time I heard this, at 5:30 AM, I woke up and half thought I was in a scene from the Lion King where ‘The Circle of Life’ is playing. 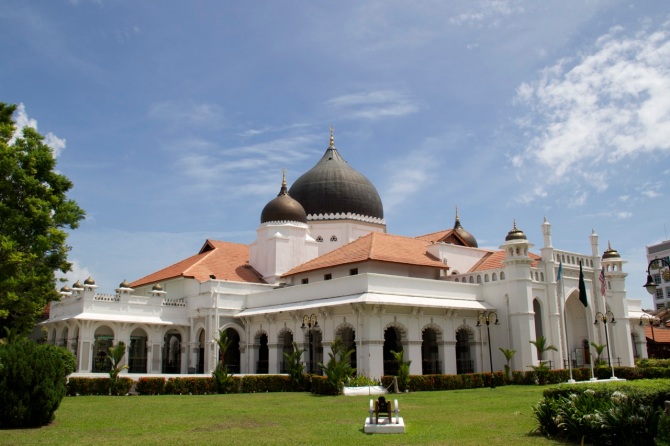 Second, alcohol is expensive.  The thought seems to be that anyone drinking alcohol is a foreigner and/or tourist with money.  Alcohol is taxed heavily; the tax is considered a ‘sin’ tax.  While I can’t find an exact rate – two different sources point to roughly $2.50 a liter.  From my own experiences walking around, I can attest to the fact that the cost of alcohol here has encouraged me to just not drink while I’m in Malaysia. (I’m such a far way from 50 cent beers in Vietnam…)  Seen below, three pints of beer are $15…on happy hour.  On Koh Tao I was paying $2 for a bottle of Tiger.  In Vietnam they were 60 cents a bottle. 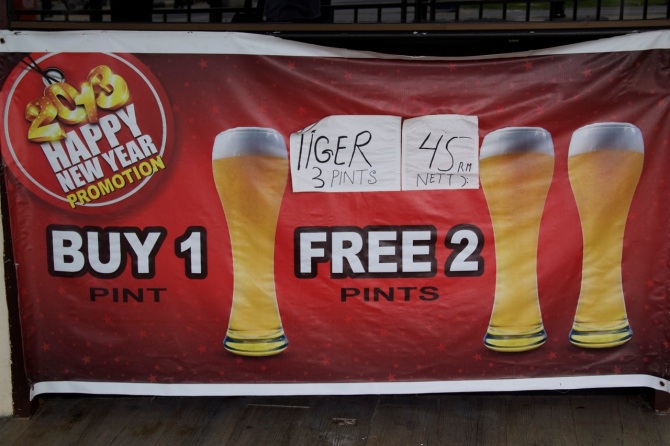 Malaysia is diverse.  Roughly 35% of the population of Malaysia is either Chinese or Indian.  As a result, the food cart selection in George Town is fantastic.  During each of my first two days here, I’ve spent hours walking from food carts and tiny ‘hole-in-the-wall’ type diners trying one or two small pieces of food.  Along the way I’ve had everything from fried pig ears to fried sesame balls with crushed peanuts inside.  For about $3 I nearly had one of everything at this place.

I nearly had one of everything on this cart.

It rained and rained and rained on the afternoon/evening I arrived in George Town.  It was windy like I’ve never seen wind.  Apparently this was an abnormally strong storm.  A hotel next door had its sign blown off and into the street.  I came across this scene the following morning.

Yesterday I had planned to take a city bus to the botanical gardens, spice fields, and a few other places on the outskirts of town.  There’s a national park about 30 minutes west of here, and since it’s the furthest away, I decided to start there first.  Apparently by “National Park” they mean hiking trail.  Without planning for it (and eating a proper breakfast) I found myself hiking 4 miles through the jungle and along the coast to a lighthouse.  I would show you a picture of the lighthouse, but by the time I finally got to it I was so tired that I forgot to take one.  I did take a picture from the top though…so that counts for something.  Also, a quote from the “National Park” link above really gives an accurate explanation of how I felt.  Needless to say I didn’t go anywhere but back to the shower after 5 hours of sweating in the jungle.

Another point to note about George Town – there is some cool art work scattered around the city. 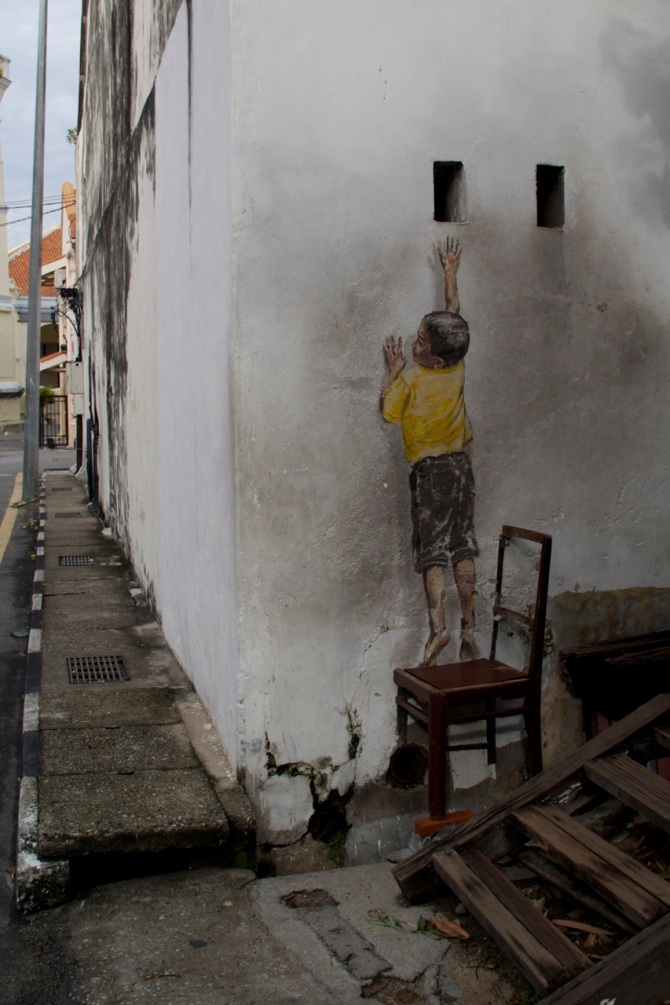 The chair is mostly real; the kid is entirely fake.

That really sums up George Town and Malaysia so far.  The next post (or two) will summarize where I’m going next (and why I thought I’d be there already).

Oh, and what the hell is Chicken Meat Floss!?

I suppose this is for when mint just doesn’t encourage you to floss regularly enough.