I should have seen this coming from a mile away, but I didn’t.  It’s my last day in Taiwan and there’s a typhoon on the eastern coast casting rain showers in my general direction.  This is the fifth typhoon to come through in the two months I’ve been here – fortunately none have been more than a nuisance.  Typhoon aside – my final week in Taiwan was a huge success.  I jumped into a bus and rode south to Kaohsiung – the second most populated city in Taiwan – and had a pretty great time.

**I have an extreme case of ADD today.  The idea of writing multiple sentences on the same topic and creating paragraphs has proven too challenging, so instead I’m writing this disclaimer and scrapping all of the nonsense I’ve already attempted to write in favor of…whatever I’m about to write.**

Kaohsiung is 154 miles south of Taipei, but with all of the mountains in the middle of Taiwan it takes 4 to 4.5 hours to reach by bus.  I could have taken the train and possibly saved some time, but the bus was a cheaper option at 400NT ($12).  Another way to look at the distance – it’s just 14 miles longer than a full distance Iron Man. 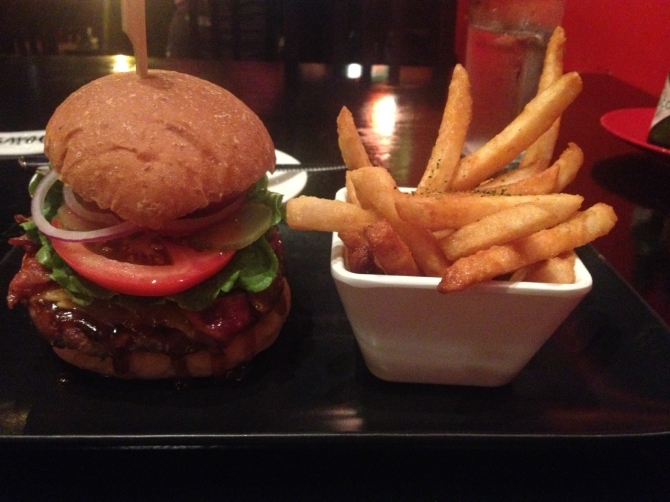 I had been spending roughly $10-$12 a day, every day, for the last 6 weeks.  In the first day of traveling I spent nearly $50 between the costs of the bus, paying for two nights at a hostel (a very nice hostel at that…), a KILLER burger at a New Orleans themed restaurant (The Bayou), and other miscellaneous stuff.  This was a good reminder of how things will be once I start traveling from city to city again and getting back into the life of a nomad. 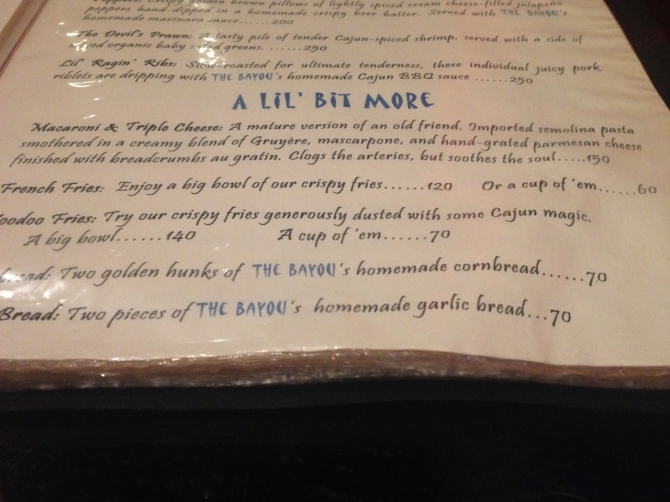 I nearly went back to The Bayou a second and third time during my stay in Kaohsiung.  The menu was filled with deep fried and artery clogging goodness from start to finish.  I’ve never been a fat kid in a candy store, but I’m fairly sure I experienced all of the emotions that go along with that process during my visit to this restaurant.

The giant inflatable duck (DuckZilla?) that’s been slowly touring the world is in Kaohsiung.  It’s in the south of Taiwan until October 20th and then moves north to the city of Keelung.  Since I’ll be gone by then, it only made sense to go check it out while I was there.  Fortunately I visited on a Wednesday morning so there were more school children than tourists in the area.

There’s a mountain and hiking area in Kaohsiung named “Monkey Mountain“.  (Interestingly, I had already climbed one Monkey Mountain on this trip at Monkey Island in Vietnam…)  According to the people at the hostel, the entrance of the mountain is a 40 minute walk from where I was staying.  It took me 4 hours to get to the mountain.  This was entirely my fault – and totally acceptable.  How’d could it have possibly taken me an extra 3 hours?  Simple – I refused directions to the entrance of the mountain.  It’s a mountain – I assumed it couldn’t be hard to find it.  That part was true.  Finding the entrance was a different story.

So…I’m walking along the road in what I can only describe as the “Industrial” part of town and there’s a large set of abandoned and thoroughly beat up looking buildings on my right.  You can see a satellite image of the area above.  There’s also a fence running along the road…but no signs saying that you shouldn’t (or can’t) go in.  So…what the hell. 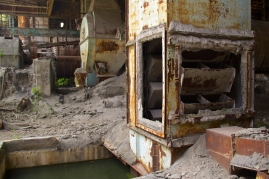 I spent at least an hour walking around the abandoned buildings.  As many pictures as I took – I wish I could have taken more.  Unfortunately the area was inhabited by a few packs of wild dogs.  There were at least 20 of them that I came across while touring the complex.  Now, I love a pack of dogs as much as the next guy, but something about the constant barking and being followed around wherever I went made me somewhat uneasy in this place.  As a result, I didn’t linger and there were a few buildings and rooms that I didn’t end up going into.  (Of the two pictures below – only one is a scene from the abandoned concrete facility…I’ll let you figure out which.) 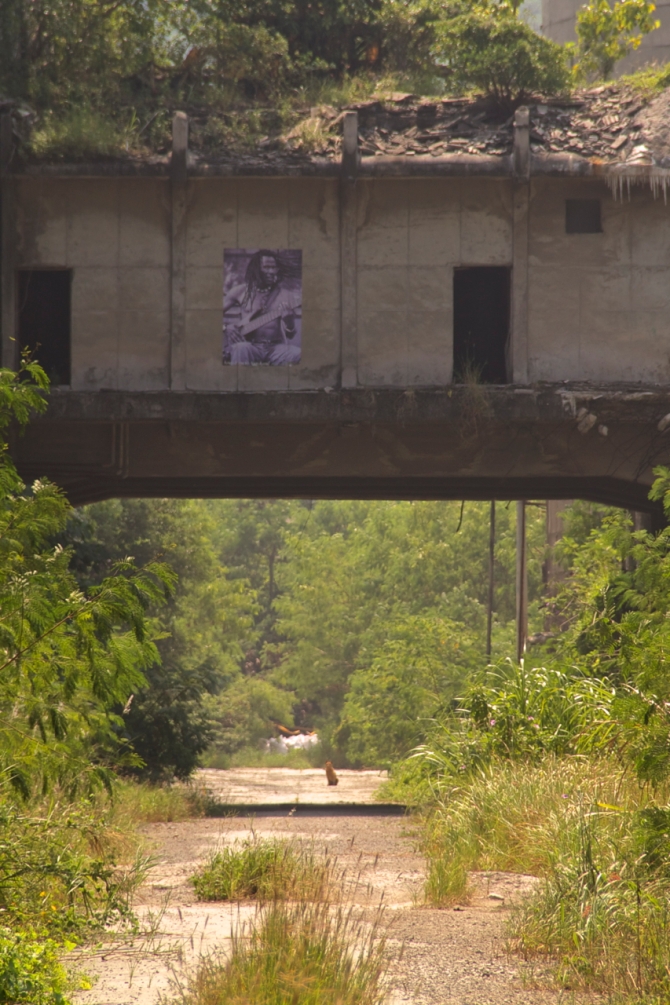 Eventually I went back to the task at hand – finding the entry to this mountain.  It was over there, on my right, mocking me.  I kept walking and walking and walking.  Finally – a sign for…the zoo?  That wasn’t what I was looking for at all, but it did have the same name as the mountain, so I figured it’s possible that they are connected.

So here I am, walking for close to 3.5 hours at this point, and now going up a winding road with no idea where I am.  …And now all of a sudden there are temples coming into view as I go around another bend in the road. 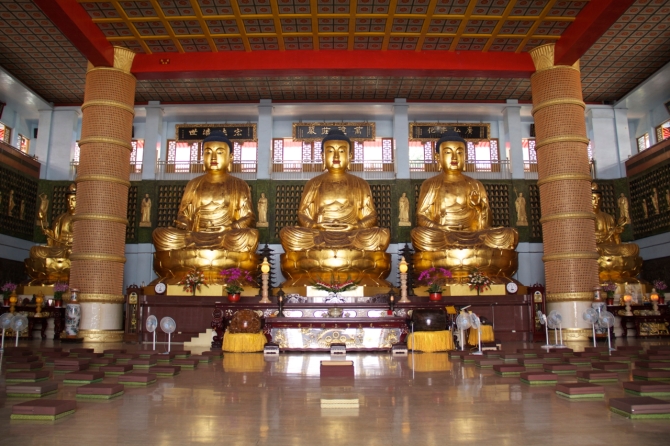 As it turns out, I’ve managed to walk to the Yuan Heng Temple – an old Buddhist temple that was originally built in 1743 and rebuilt in 1973 after being destroyed by a fire.  I walked around the area and hung out for around 40 minutes – watching some monks, trying to count how many Buddhas were in the temple (I was able to account for 2980…), and having a snack.  Oh, yeah and taking some pictures. 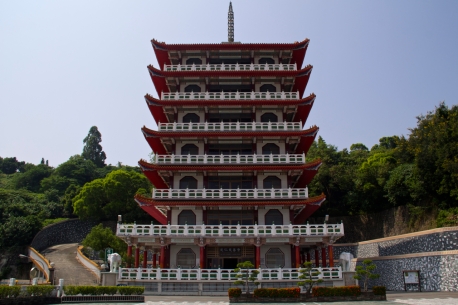 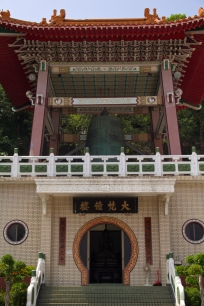 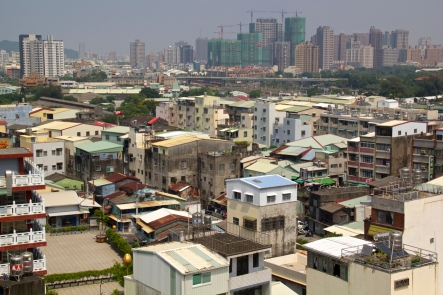 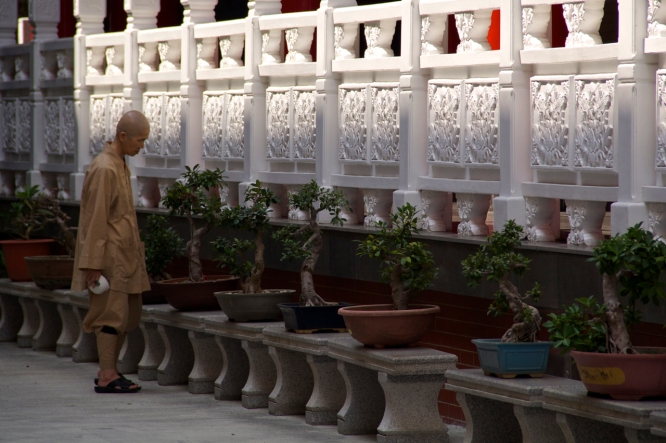 At this point – from memory – it’s getting close to 1PM and I still haven’t even found the entrance to this mountain hiking trail.  Still following the sign for the zoo, I eventually came across upon the zoo’s parking lot and a Subway.  Although I had intended to eat the packs of almonds and cashews I purchased earlier for lunch, the fact that it was already past noon and I hadn’t even started to hike made me think it would be a good idea to get some real food.  I’m not sure if what I ate at Subway would qualify as real food – the meat on my sandwich was either turkey with small fatty gelatinous spots,  or sheets of fatty gelatinous ‘meat’ with small turkey spots.  Who am I to complain though?  A $5 footlong is a $5 footlong and I was getting hungry.

After lunch, I continued up the road and eventually found the start of the hiking trail.  At this point, the rest of the day went like this: 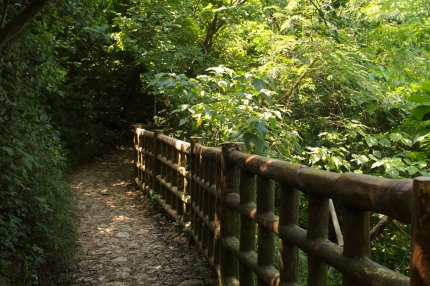 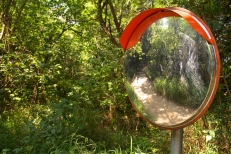 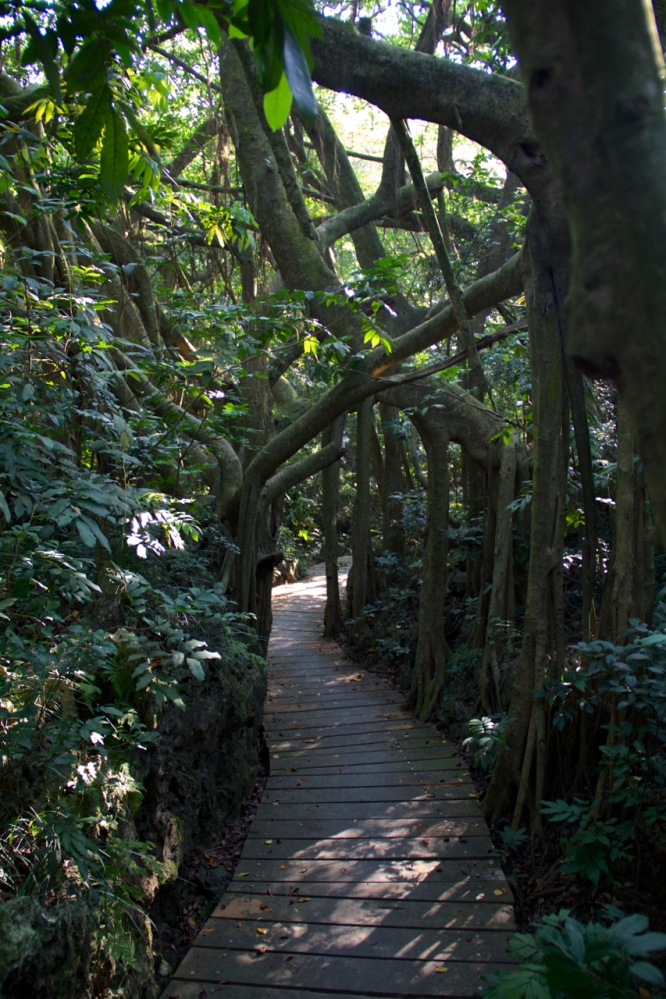 Walk up a lot of stairs. 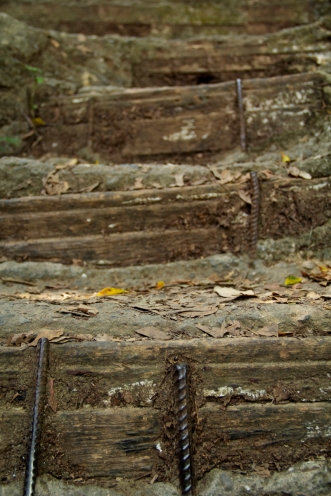 Meet a local guy at the top of the mountain.  Drink tea with other locals.  Rest.  Spend the next three hours with the local guy.  Take pictures of flowers and…whatever in the world these trees with roots hanging down from them were.  (We came across a big clearing of them and I spent probably 20 minutes taking pictures and feeling like I was on some sort of alien planet.) 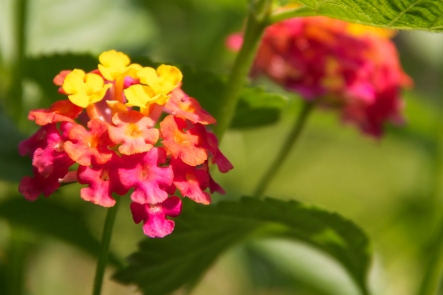 I can’t actually remember the name of the guy I spent the next three hours with, but he was amazingly nice.  I’m pretty sure I also broke every rule about strangers that my mother ever taught me.  He offered me a drink – I accepted.  I walked through a completely random jungle with him for hours.  I got on the back of his scooter and let him drive me back to an intersection close to my hostel.  I half expected him to invite me back to dinner with his wife and two grandkids …but he didn’t.

I concluded my time in Kaohsiung with dinner at an “American Western” restaurant that had a $7 pulled-pork sandwich on its menu.  Considering that I haven’t even seen those two words listed together on a menu in the last seven months – there was no way I could resist the selection.  I think it was actually pretty good – but to be realistic I haven’t had a good pulled pork sandwich in so long that I’d probably be satisfied with a McRib.

Early the next morning I got back on the bus to Taipei – to await the incoming typhoon and start planning out ideas for Borneo …my next destination.  I’ve got a 9:55AM flight on Monday morning, a hostel booked for three nights, and a world full of ideas and possibilities about what comes next…