“You’ve got to dive this wreck,” Greg says, gushing enthusiastically about the Yongala, “it’s one of the best wreck sites in the world.  Get in touch with YongalaDive and they’ll hook you up with everything you need.”  Thus begins the story of the time I went diving around a shipwreck over 100 years old off the east coast of Australia.  I met Greg at my hostel in Singapore.  He’s from Australia, lives in Indonesia running a dive shop, but happens to be in Singapore on his way to the Philippines where he’s spending a month island hopping and diving.  Greg clearly knows his diving – I write down ‘YongalaDive’ in my notebook with the intention of checking into the company once I reach Australia.  A few weeks later my teeth are clattering and my body shivering – 25 meters below water in a 5mm wetsuit submerged in 72 degree water and cursing Greg …and myself.

I got in touch with YongalaDive as I was instructed, but after checking things out online first.  I become somewhat worried after taking a quick review of their Facebook page as well as their TripAdvisor page.  Reviews were primarily negative to mixed and complained of both the people running the dives and the availability of food.  The manager of the dive shop had responded to almost every post though and it did seem like they were making an effort to fix things up.  I also looked at their website and discovered that, well, like everything in Australia – diving is expensive!  I was going to need two nights of accommodation because my hop-on/hop-off bus only stops in Ayr at 12:30pm each day.  Also throw in the cost of two dives (that is why you’re here…), and all of a sudden this two day trip was going to cost $300.  This wreck better be damned good.

I came to Ayr from Arlie Beach – the island used primarily as a port for people traveling to the Whitsunday Islands.  Stepping off the bus in Ayr, you’re immediately greeted with a map of town that’s been painted on the wall of the town bus stop.  (Bus stop is singular – there is only one bus stop in town.)  If you take a good look at the map, you’ll quickly realize that the town of Ayr is comprised of four blocks worth of real-estate.  Either fortunately or unfortunately, my accommodation with the dive company was at their hostel located on top of the dive shop near the beach…roughly 15 miles outside of town.

I was picked up at the bus stop by an Italian guy named Roberto who happened to be doing his Dive Master Training with YongalaDive.  (He also happened to be 15 minutes late because he was running errands with the company van since he had it.)  We chatted for a while and I found it amusing that he thought we were roughly the same age – 22.  As it turns out Roberto was probably the nicest person at the entire YongalaDive organization, and he let me make a quick pitstop to the grocery store in town so I could buy some snacks and supplies. 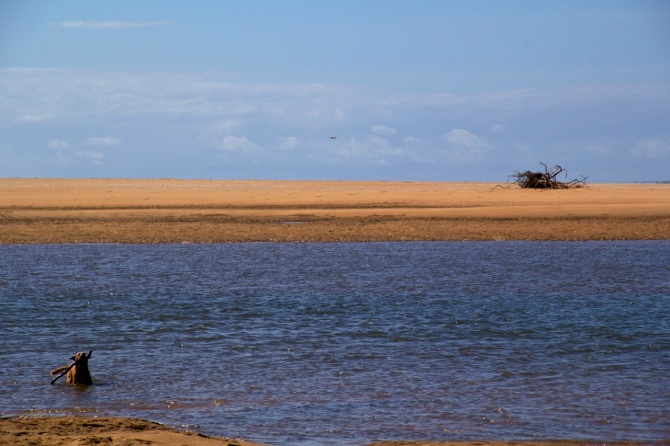 After driving through 15 miles of corn fields we eventually arrived back at the dive shop.  In hindsight I wish I took a picture of it, since dive shop in this case really means ‘house.’  I dropped my stuff off in the one hostel room (6-beds, no lockers, big common area, workable kitchen, functional dinning room, one bathroom, and one shower) and went for a walk towards the beach.  Since the place was called Ayr Beach, I was expecting to find a beach similar to everywhere else I had seen.  Instead, it was low tide and the water was pulled back off the shore by at least a quarter of a mile or more.  I felt like I was on Mars or some other foreign land walking around on the beach.  There was a large dead tree marooned on an island that I attempted to get to, but every nook and cranny of water I walked around to try to get there only led me to another body of water I would have to walk around.  I eventually gave up on the idea of getting out to it and continued to walk around.  I took a note of which direction West was and had ideas of coming back to check out the sunset after taking a nap.

Sunset was over a rather large and dried out lagoon.  I ended up crossing through and under most of the barriers telling me to keep out of the ‘revegetation’ zones trying to find a good picture.  In the end, the sun didn’t set where I thought it would, and I couldn’t find a great vantage point to really do much with the scenery. 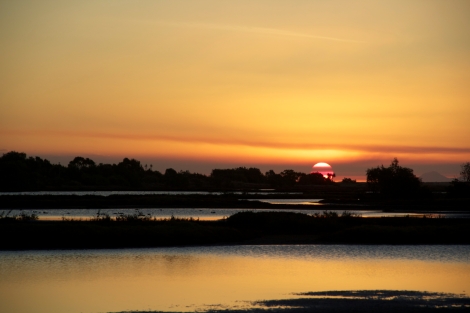 This is supposed to be about a dive right?  So eventually the next morning came; we were supposed to be downstairs at 7:30am to get our gear and have a dive brief.  The gear was in good to great condition, although having a tank at 190 BAR before we left shore wasn’t exactly desirable.  Although you could get your gear almost immediately, the dive brief didn’t start until much closer to 9am.  After the brief we loaded up into a truck that was too small for the number of people diving (arguably it was exactly the right size since there wasn’t an inch of free space) and went towards the boat that was already on the beach.

From the beach, it’s a 30ish minute boat ride to the dive site.  One of the advantages to diving the Yongala from Ayr is that it’s only 30 minutes away – the alternative is to go from Townsville and take a 2.5 to 3 hour boat ride to the dive site.  Although the weather forecast predicted sunshine and 80s, the boat ride to the site was greeted with nothing but cloud cover and a brisk chill.  And puke.  On the way out three different people were compelled by the ocean to give back their breakfasts.  I will admit that the water was choppy, but I will also say that I spent the entire 30 minute boat ride reading a book on my Kindle as we bounced up and down on the waves and 25% of the boat hurled. 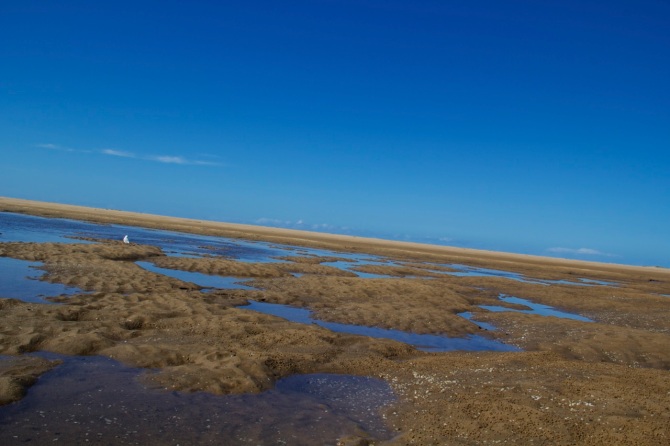 Eventually we did get to the dive site.  We were split up into two groups of 6, told to put our gear on when it was our group’s turn (it’s a small boat and 12 people standing up trying to put Scuba gear on at the same time would be chaos), and do a back-roll entry when we were ready.  What we were never told during the entire day – on either dive – was who our dive buddy would be.  Nor were there any buddy checks.  As far as I’m concerned, this was the first real big red flag for me with YongalaDive.  I realize that diving is ultimately an activity where you are responsible for yourself, but in the same way that someone can go half a day without realizing their shirt is on inside-out, you can easily do something incorrectly while putting on your gear.  Similarly, the idea of a dive buddy is that if something does go wrong, you have someone within a breath of air (or so) to help you out.

Things didn’t improve as the rest of the dive progressed.  The DM we were with had no spacial awareness and either ran into people or cut people off on a regular basis.  Instead of asking people for their air quantity he would regularly swim up to you and grab your gauges and look for himself.  He did nothing to actually ‘guide’ the group of us other than swim ahead and hope we would follow…and swim ahead he did.  So much for going slow and actually taking the time to check out the coral that built up around the hull of this ship for the last 100 years – instead let’s just chase after some giant (also cool) rays and 400 pound fish.  This is just piss-poor DM-ship and was completely magnified on the second dive.  It was my second dive where my air tank managed to fall out of its primary holding strap (the fourth of the day this strangely happened to…).  Ironically I had asked the boat skipper if it looked secure before I entered the water since I had seen it happen to everyone else before – he said that it did.  I realized this as we were about to descend, so the DM and the other three people we were diving with went 25m down along the line while I sat on the top of the water and waved at them while they descended.  Sorry dude – but if you manage to get all the way to 25m without turning your head around and seeing if everyone is there – you suck at your job.

Very long story short – although the dive site was amazingly cool and everything living around the ship was awesome to see, the entire day felt rushed and generally unsafe.  Things didn’t get that much better when we got back to shore – although we were provided with a hamburger for lunch, I discovered that the person who normally runs the shop through dinner in the evening no-showed today so they wouldn’t have anything for me to eat for dinner.  Technically that isn’t true – I was offered some frozen food – I believe frozen meat pies or some spaghetti.  Had I known that I wouldn’t have dinner options that night I would have bought more food at the grocery store on the first night.  Roberto came to the rescue later in the evening and offered me a package of kangaroo burgers, which would have been much more appetizing than the bag of peanuts and banana I was probably going to eat.  In the end, someone else who was diving with us that day (and similarly didn’t have a great time) had cooked too much food and I had what she was giving away.