The End.  It’s expected yet unexpected.  Ultimately everything ends. Mourning.

The Beginning.  It’s explained yet unexplained.  Initially everything begins.  Morning.

Rarely do I find myself at a loss for words and unable to explain a given situation or scenario.  This is one of those times – when only a speech pathologist could help me take the scattered mess of thoughts in my brain and assemble them into something that could even resemble a coherent sentence, let alone a paragraph of streamlined thought… 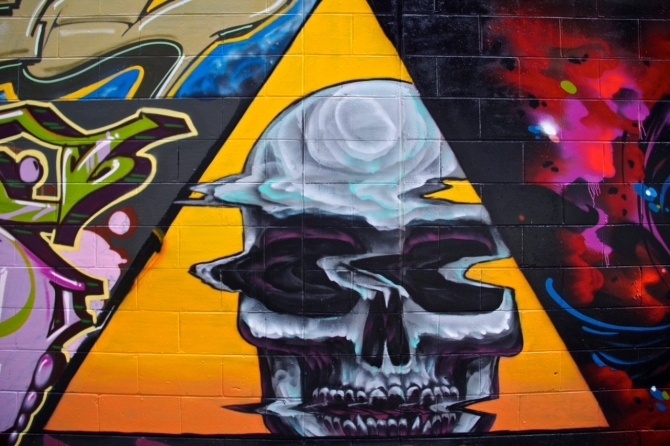 I’m sitting on a plane to Sydney; I know where it’s going but I don’t know where it will ultimately take me.  Is this the end of my trip or the beginning?

I purchased two plane tickets today.  One goes from Cairns to Sydney and the other is a standby ticket from Sydney to Los Angeles.  Two weeks ago I realized that Australia wasn’t for me; I spent a few hours at a bar plotting out a path from Noosa to Brisbane, Brisbane to Sydney, and Sydney to L.A.  The next morning – after having a surprisingly enjoyable evening – I decided to scrap my exit plan and push forward, committing myself to a path up the northeastern coast of Australia.  I purchased a $215 hop-on/hop-off bus pass that would take me to Cairns and allow me at any number of cities along the way.  Two weeks later, I’ve found myself describing my trip to Australia as a mistake, a bad decision, not enjoyable, overly expensive, cultureless, and poorly planned.

Since the subtitle of this travel blog has always been “Planning Purposefully Unplanned Travel,” it’s ironic that I should fault the fact that my time in Australia was poorly planned.  By design there was no planning done.  There is no better proof of my lack of planning than my decision on July 1st to skip Indonesia, go to Singapore for my birthday, and then discover that I need a visa to even enter Australia.

Up until today, during this trip I’ve found myself at two major crossroads that have required a decision.  “Do I stay on Koh Tao and get my Dive Master Certification?” and “Do I really want to go to Indonesia and spend the next month beach hopping and scuba diving?”  I answered “No” to both of those questions and now find myself feeling like I’ve got two strikes with two outs in the bottom of the 9th.

I don’t want to look at either of those decisions as ‘mistakes’.  I’d like to think that I’m better for having the experience of making the decisions I made and now knowing how to recognize what I actually did want.  What I knew I should have done in the first place.  That pesky little voice in your head that always seems to know things before you do.  It’s that voice in my head that I’ve been arguing with for the last two weeks.  “Aren’t we having fun?” I keep asking it.  I’ve known the answer to that question for a while now.  For about 10 days a friend would start our chats every day with “How did Australia disappoint you today?”

All of the rambling above is to say this – I’m leaving Australia.  I also have no idea where I’m going.  I woke up this morning and arranged to fly from Cairns to Sydney to the USA.  (Actually…I woke up this morning to the sound of the girl in the bunk below me and the guy she brought home from the bar…)  Taking that route would ultimately be cheaper than flying from Cairns to Darwin and back to Sydney itself – financial proof (to me) that it was a wise decision.  After a few hours I was sitting and waiting for my airport shuttle – that’s when the mourning hit.  This felt like failure.  To make a spur of the moment (although thoroughly thought about) decision and head home and end this trip didn’t seem right.  What would I even do back in the USA anyways?

So right now I’m sitting in the Sydney airport.  I’ve got about 36,000 United miles left in my account after my flight over here, which means for a $150 admin fee I can fly from Sydney to South Korea, Japan, India, as well as to all of the countries I’ve previously visited on this trip.  And that’s where I’m at right now.  It’s 12:30am and most of the flights leave in 8 hours.  I’ve got the rest of the evening to decide to fly to LAX and make this the end of my trip, or fly to somewhere else back in Asia and make this Australia business nothing more than a weird ellipsis within this story…

One thought on “Beginning of the End; End of the Beginning.”